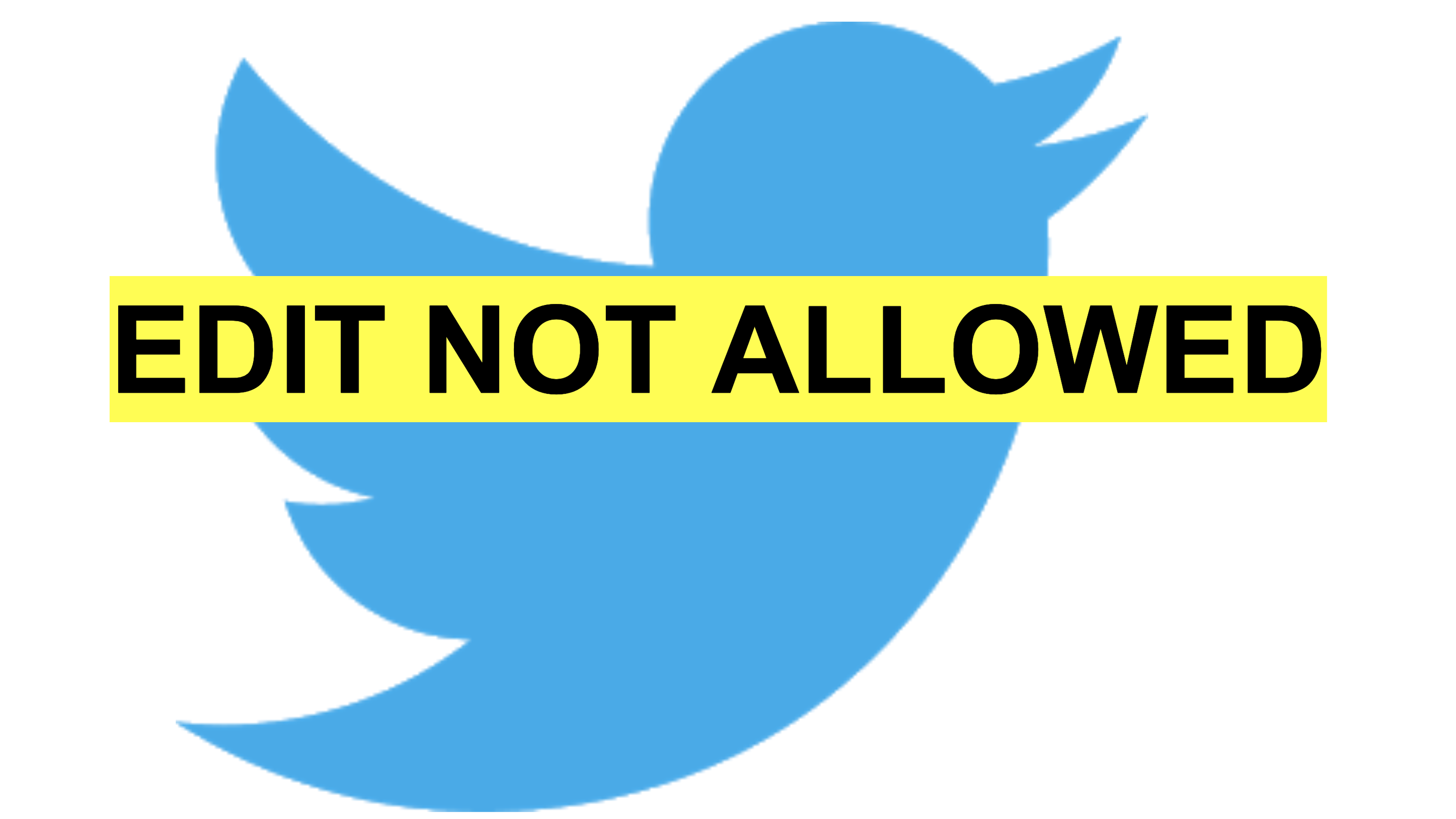 Edit button on twitter is possibly the most requested feature in any product EVER, but somehow twitter never really introduced it. It is also possibly the only “Social Media” where you cannot edit as soon as you post. You can only delete and repost or add a correction in reply.

The feature is so highly requested that even twitter trolled the world by saying, you get an edit if everyone wears a mask. Great way to spread the message but basically saying, NAAAH

My Take is that

Twitter will likely NEVER give an edit button. It’s not a simple social media. Tweets are public, they are quoted, and become news. Tweets are a system of records of a person’s opinion

Tweets are a system of records for a person’s opinion.

There are no edits in it, only new versions. All history is maintained in perpetuity unless it’s useless.
Each person is aware of exactly which version of persons opinion they interacted with.

Ideally they should not have delete but thats survival, you probably wont use it without an ability to delete.

I suspect if ever twitter decides to allow some kind of edit, it will come up with some kind of versioning system for tweets.
Each interaction would be tagged to the exact version. 10 comments on version 1, 20 likes on version 2
But most likely that wont happen anytime in the near future.

While as a user I hate not being able to edit, I can clearly see its utility. This system of record is so powerful that you now have an authoritative view on what the person thought in the past. It’s either authoritative, or it has been deleted. There is no guessing.

Its a phenomenal space to be in.

Twitter is more valuable because it does not have an edit

I see the value so much that If Twitter ever added an edit button like Linkedin or FB, I will probably sell whatever Twitter stocks I hold