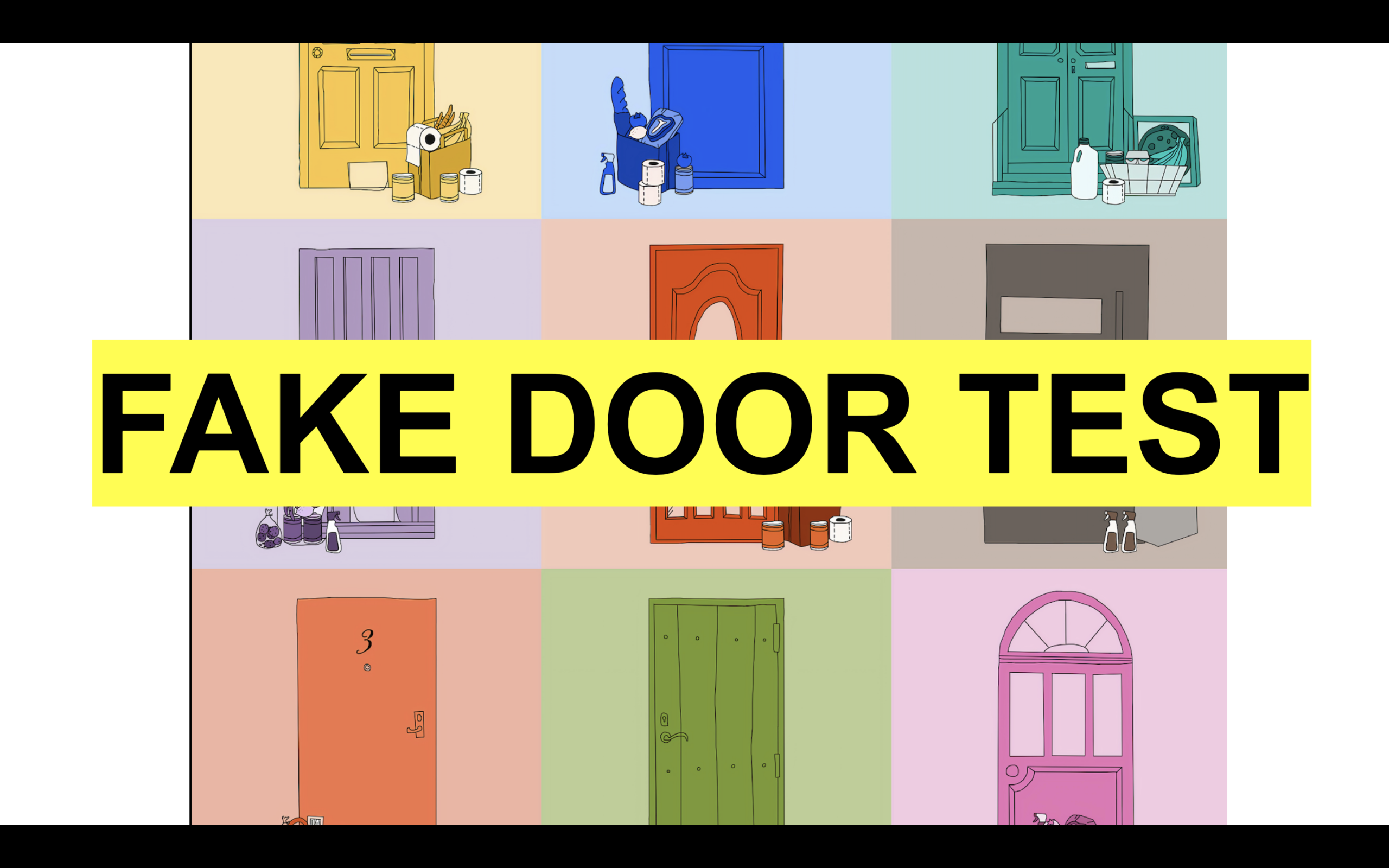 You cannot and should not build every feature that is there in your backlog. One way many companies, especially startups, gauge the need of a specific feature is via a Fake door test.

What is a Fake door test

To put it simply, instead of building the feature your product simply pretends to have that feature and shows user a Call to Action to use that feature. When the user clicks on this CTA, you either tell the user that this feature is not yet ready and you have noted their interest, or tell them how they can use alternatives ways for completing their tasks.

Example: You are a Product Manager at twitter and twitter introduced a way to animate your tweets. This feature is only available on the app and you are trying to gauge user interest on desktop.

Instead of building this, you simply add an “animate this tweet” button on desktop and if a user clicks on it, you can tell them

” This feature is not currently available on desktop but you can always go too the app and use it, click here to see how”

How does this help

Isn’t this disingenuous to the user?

It may seem so, but your job is to solve the most important needs of the user. If this helps you prioritise better, it is a win win for everyone. Sure some people will be a bit pissed but will be overall better served if you build the right features.

Some things to keep in mind

User study is an awesome tool and can really help you understand the customer better. It also helps you test out multiple things at once.

Fake doors are super helpful when you have a very specific thing to know.
While you can also run surveys to gauge interest in certain features (Eg: survey to find if the new integration you are thinking of is valuable to the user), going by the old adage goes “don’t listen to what they are saying, but look at what they are doing”, Fake doors can be supremely helpful and surprisingly accurate even when not stats sig

This seems to be common. I have read multiple accounts, and have seen multiple examples, of people who setup simple websites with a real looking product page, and when you click on “Buy” or “Subscribe” they tell you its not yet ready but you can enter your email ID for early access.
If you gather enough email IDs, you have a winner idea and its time to Build