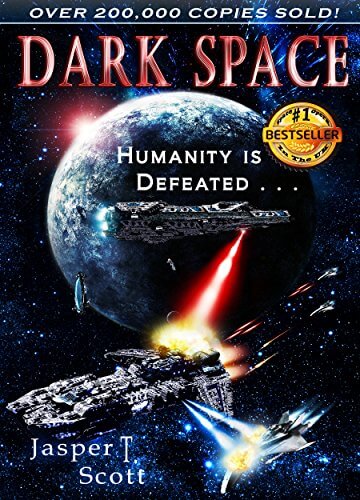 Not the best science fiction book I have read but neither the worst.

Dark Space is  good attempt  . The story has potential , though a bit cliche .

The story sure is very racy in the latter half. The writing style is captivating enough with enough twists and turns.

I read this over a period of 2-3 days without feeling pressured to get over with it (I generally try to finish the book I start, even though they may be bad)

Some concepts about society and overall how humanity and other races collided are well presented. For example, the arch nemesis Sythians who have no territory to defend , hence were the most powerful  , kind of poetic .

Liked the Brondi character .He was just uni directional evil character but was well presented .

It is definitely a fun read and you would want to finish it .

Sadly the book could not really bring any great scientific literature to the forefront or explain anything about the workings of the futuristic stuff being presented. Perhaps it was wrong on my part to have expected that.

The story is a bit dab in the beginning but quite racy in the latter half. The author spent way too much time explaining the surroundings  which did not seem to add much to the storyline or add an imagery.

Most characters were quite shallow

Way too many coincidences added unnecessarily. Seemed the author went a bit overboard to bring in forced twists. The plot twists in themselves were enough

The book has its moments but misses the mark when taken in totality . Worth a buy if you get a good deal.

Might be buying the next books in the series. Want to see where the story goes

Check out the list of Must Read books below