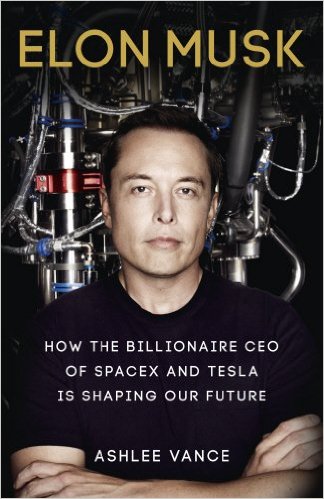 Reading the Biography of the most fascinating man on this planet right now : Elon Musk .

Two Amazing nuggets that stood out till now(yes still reading)

He initially thought of making video games but then realized it would not have much impact on the world, hence dropped the idea.Shows how he is driven by a simple thing: Impact

He spoke about pursuing big projects in all three areas he thought would change humanity : Space,internet and Renewable energy. Some people thought he was being insecure , but he was just being honest and we all know what he did after that

Makes for a fascinating read