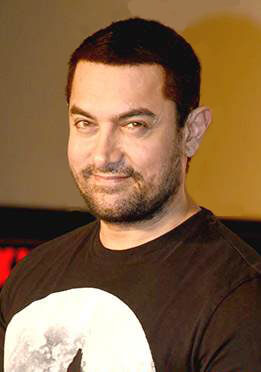 If Aamir Khan does not like India , he should go to pakistan rather than expressing his concern.

LEAVE but do not express concern, do not raise your voice even when asked

But that is what we will not do . Why?
Because when you say ” Aamir Owes India so much” hidden in it somewhere your sentiment that
Aamir possibly is less Indian than you. He Owes you one…and you Owe..Nothing? Because you are an Indian.

Another logic: You made him rich by watching his movies. Ok but did you not realise that he is an entertainer and you exchanged entertainment with money. If I really had to stretch the argument, he gave you happiness in someway …you gave him money

He owes you nothing.

And he being alarmist?: Oh please , this is the least alarming statement made by a public figure, by this logic most of the hindu right wing people should be thrown out of india already…

The Aamir Khan’s detractors argument in a nutshell : If you are not happy with the state of the country you should leave,

Well that includes all politicians and all their supporters too no?

The surprising part is that he was specifically asked to answer a question ..what was he supposed to do? Lie to suite your comfort?

PS: Modi on an international stage said: Indians used to feel “Kahaan paida ho gaye” while congress was in power…No one asked, why did he not leave?

Congress somewhere:
So when people said corruption is rising in our country, we could have simply asked them to leave the country and labelled them as anti national…awesome, why did we not think of this. We would still be in power now

At Least watch the interview before criticizing