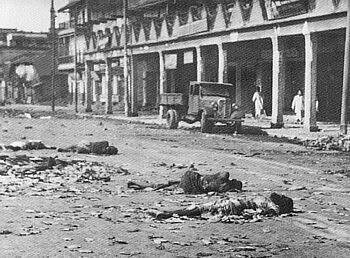 Many people are questioning why the writers etc did not return the awards in 1984..Fair
But why is nobody asking why they did not do that in 2002?
That part of history is something no one want’s to acknowledge anymore….did not happen..by talking about it you would be forced to talk about how the people in power organized it and executed it. You would be forced to acknowledge the bribes and cover ups that were attempted, successful some unsuccessful…
And that is what we are not comfortable with…that demon is not to be touched….Also oh wait there was also a BJP govt at both center and state….

On a side note: Someone suggested Why did they not return when terrorist attacks happened?…What do you mean? They return the award to make a point to Terrorists? Or do you mean that the current govt and the terrorists are basically at the same pedestal ..